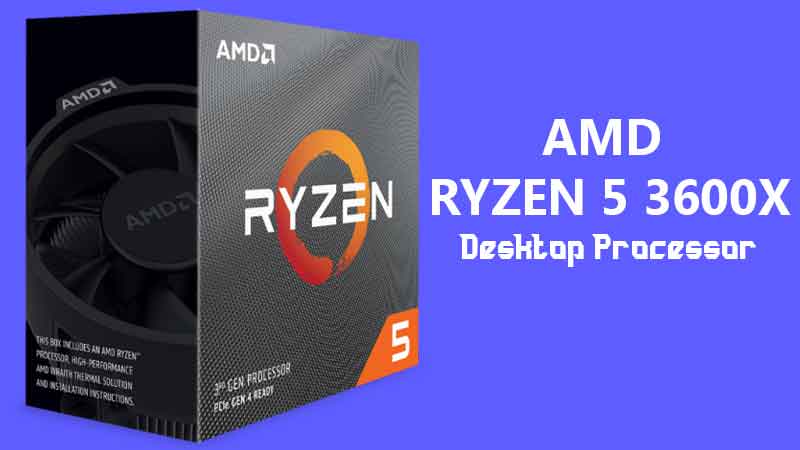 AMD Ryzen 5 3600X at 3.8 GHz is represented as Top Level processor 3rd generation with Matisse core name, planned for Desktops with AM4 socket, CPU release date July was on 07, 2019. The CPU was manufactured with the help of 7 nm process technology. Whereas, the AMD Ryzen 5 3600X has 6 cores and 12 Threads that work at 3.8 GHz (Turbo mode – 4.4 GHz) with typical Thermal Design Power of 95 W.

Additionally, we have other technical specifications and more relevant information about the CPU like Memory Specification/Type, Overclocking, Architecture, Unlocked or not, 64 Bit support, Die Size, Cashes Size, and more.

In order to clarify whether the AMD Ryzen 5 3600X is bad or good by overviewing the comparisons with other processors and testing results.

Ryzen is a brand of multi-core x86-64 microprocessors that are manufactured and marketed by Advanced Micro Devices (AMD) for desktop, mobile, server, and embedded platforms reference to the Zen microarchitecture. It is considered as central processing units (CPUs) marketed for mainstream, enthusiast, server, and workstation segments & accelerated processing units (APUs) marketed for mainstream and entry-level segments and embedded systems applications.

Hardware virtualization is accessible on the Ryzen 5 3600X, which eventually supports improvising the virtual machine performance. Whereas, Programs with Advanced Vector Extensions (AVX) will effectively run the processor, boosting performance for calculation-heavy applications. Also AVX, AMD may include many new AVX2 standards, but not the AVX-512.

When it comes to a new lineup ie. Ryzen 5 3600X ($224.99). Major, AMD chips may lack integrated graphics, but it helps in terms of multi-threading and quick overclocking, two features which you will have few Intel competitors lack.