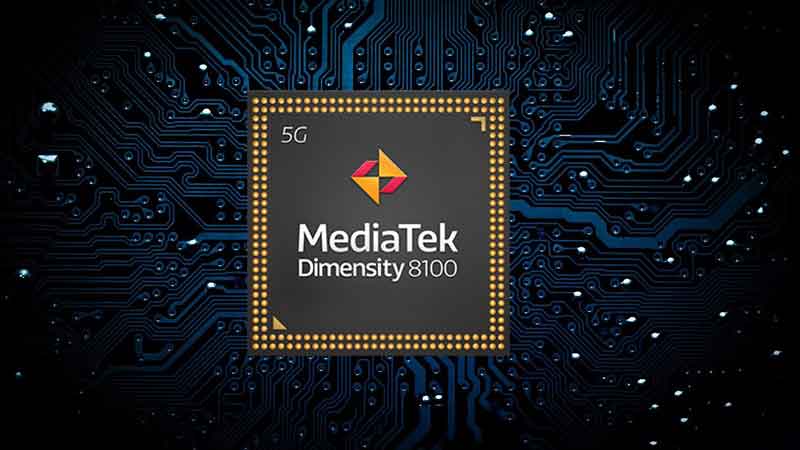 This Mediatek Dimensity consists of an Octa-core CPU with 4x Arm Cortex-A78’s speed that can be enhanced up to 2.85GHz. when it comes to flagship processors, it supports LPDDR5 Memory (6400Mbps maximum frequency) and UFS 3.1 storage type. Eventually, it helps to shoot and play videos up to 4K at 60FPS. Hence, it allows the 5G equipped and supported with Wi-Fi 6 and Bluetooth 5.3.

In reference to the benchmark ranking, it has one AnTuTu 9, the Dimensity 8100, which scores 822K, nearer to the Snapdragon 888’s 804K. Hence, it must work efficiently due to which it is built on TSMC’s 5nm fabrication process. At the same time, the Snapdragon 888 has numerous issues relevant to the issues of overheating and power efficiency. But, the Xiaomi Redmi K50 with the Dimensity 8100 is the one & only smartphone that can reach the best battery life as the iPhone 13 Pro Max.

Note: Due to some delay, the company doesn’t announce the differences between the MAX and non-MAX variants, but it resembles the same as Dimensity 8100 MAX gets an AI performance boost. Shop the best and enjoy its efficiency.